The Tourist Office welcomes you during your visit to Moissac. The Abbaye is classified on the UNESCO World Heritage list due to the Santiago de Compostela pilgrim route.

Ask our team for the stamp on your pilgrim passport or credencial officializing your passage.

2021-2022: St James Holy years. When the feast of St James (25 July) falls on a Sunday… It is a holy year (or Jacquaire year, or jubilee). That year, the «holy door» of the cathedral of Santiago de Compostela was opened on the first day and closed on the last day of the year. The messenger of Pope Francis took advantage of the Mass of Thanksgiving to announce the extension of the Holy Year! 2021 and 2022 will therefore both be Jacquaires years! A symbol… 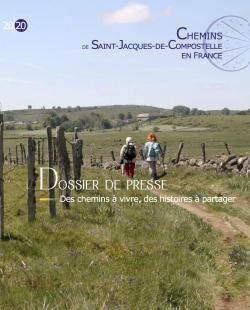 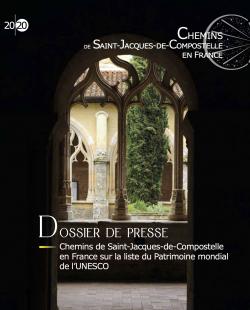 The GR65 In Moissac

Stop on the way to Saint-Jacques, the Pilgrims' House awaits you. This house allows both pilgrims and hikers to rest or warm up a «snack», to take advantage of lockers to deposit backpacks, to access sanitary facilities and a water point. Walkers can find information, consult documents on hiking routes and exchange with the helpers who have also made the way to Santiago.

Open from May to September. 4 rue de l'Abbaye 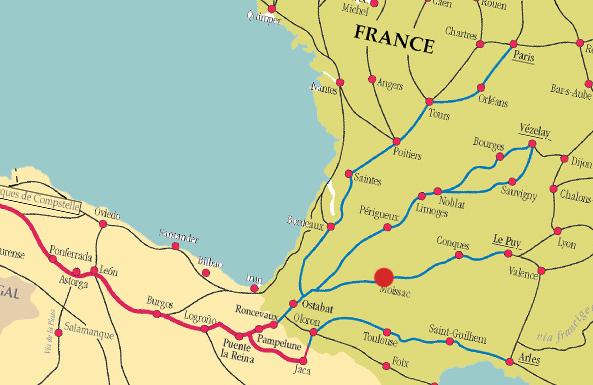 If the paths of Santiago have been part of the collective imagination for centuries, it was not until 1998 that they were inscribed on UNESCO’s World Heritage List…. Who says paths says first of all walkers

This will be an opportunity to take an interest in these men and women who are on their way to Compostela: their motivations, their backgrounds, their projects.

The tangible heritage will also be in the spotlight: churches, hospitals, bridges… because there are so many witnesses and monuments that mark these paths.

The paths of Santiago have been inscribed as a serial property: they are isolated territories or sites that are brought together thanks to their common Outstanding Universal Value.

Here, this property in series concerns:. 10 regions, 31 departments and 95 municipalities.. It brings together more than 71 buildings, 7 trail sections and more than 25,000 walkers each year.

Assigning distinctions allows us to emphasise the importance and value of the rich and varied heritage of the Ways of St.James.
At a European level the Council of Europe named the “Camino” as a pre-eminent cultural itinerary in 1987.
In 1998 71 sites in 13 French regions and 7 sections of the GR65 (the “Camino”) were registered on the UNESCO list of world heritage sites, including Moissac for its tympanum and cloister.
In 2010 there were more than 80 Jacobean Associations and an increasing participation by the Communes, Departments and Regions. 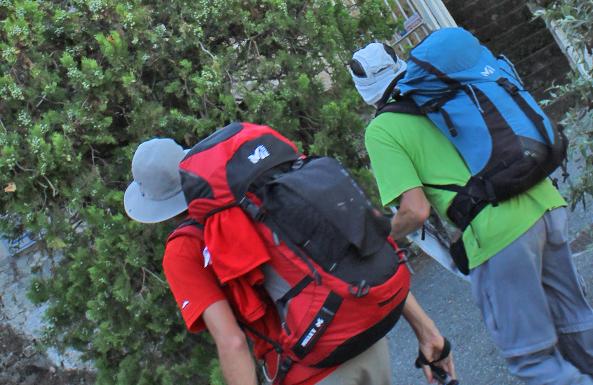 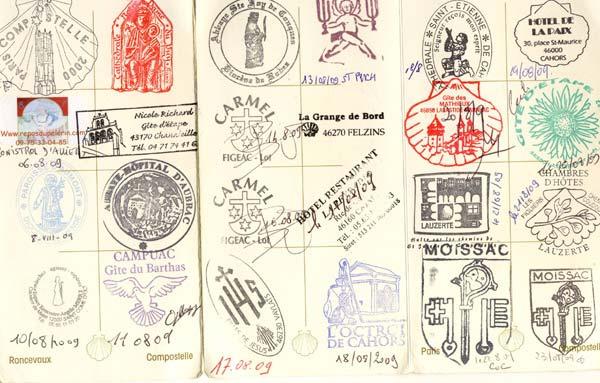 The way of St James in practice.

Traditionally the ‘créanciale’ (a church document) or the ‘crédential’ (a document distributed by the associations) serves to authenticate the walker’s or pilgrim’s progress. Pilgrims have their crédential stamped after each stage. They are also useful for gaining entry to certain gites and for obtaining discounts. Crédentials can be bought at the Tourist Office but if you already have one we will be happy to stamp it for you.

There is a special "Welcome" for pilgrims in the Abbey, where pilgrims can obtain a reduced tarif on presentation of their crédential.

All practical information can be found here: