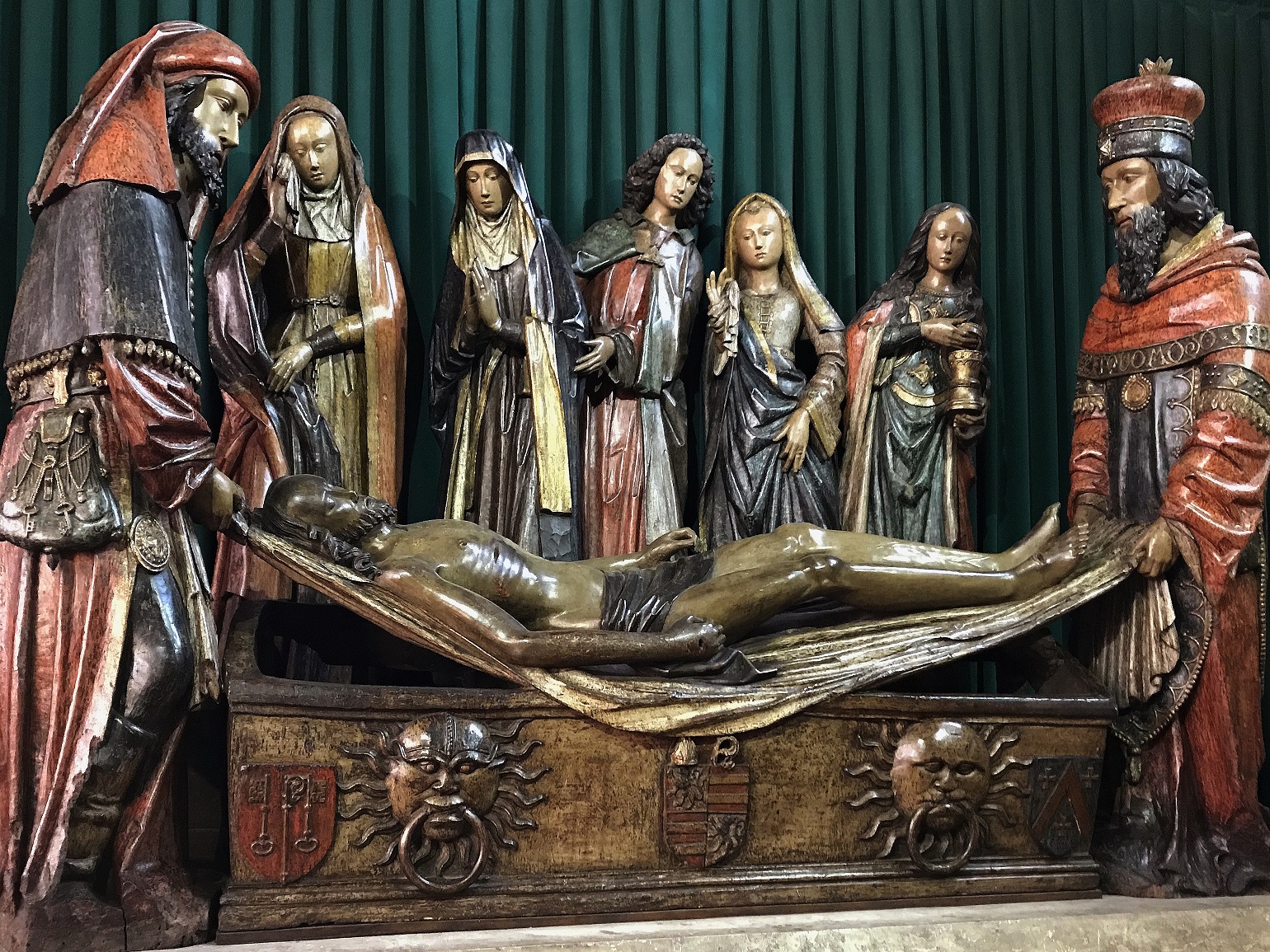 L'église abbatiale abrite divers objets mobiliers sculptés ainsi que des peintures murales de la fin du 15ème. Sur le portail d'entrée (tympan + ébrasements) se déploie des scènes sculptées, chef-d'œuvre de l'art roman, qui ont fait la renommée du lieu.
The tympanum of the south gate of Saint-Pierre de Moissac church was built between 1110 and 1230, it was inspired by the Apocalypse of John with at its center a Christ in Majesty surrounded by the symbols of the four evangelists (Mark Matthew, Luke and John), while the twenty-four elders of the Apocalypse according to St John take their places at the bottom and on the sides of the stage. This tympanum is considered a masterpiece of Romanesque art. The sides of the porch are also carved. All that remains of the original building is the bell tower, fortified towards 1180. The fortification includes a walkway, a crenellated parapet and battlements archers gallery. The nave has retained some of its furniture, including a Virgin of Pitiy, or Pieta, from 1476, a charming Flight into Egypt from the late 15th century, and an admirable Romanesque Christ from the 12th century, and finally an Entombment from 1485. The choir is surrounded by a carved stone fence, from the 16th century, behind which a Carolingian apse has been cleared. 17th century stalls. In a recess, under the organ, is placed a Merovingian sarcophagus in white marble of the Pyrenees. Cloister (entrance fee):. July to September: 10am-7pm.April to June and October: 10am-12pm/ 2pm-6pm. November to March: 1pm-5pm. Closed: 1 January and 25 December. Guided tour every day at 2:30 pm – additional hours in season and according to availability of guides. Pets are not allowed inside the cloister (except dogs for the blind). We inform you that we no longer sell entrance tickets 20 minutes before closing time. Abbey Church (access free). 7am – 7pm every day except during funerals and services:. Weekdays: 8:30am: Lauds - 6pm: Vespers (6:30pm in summer). Saturday: 9 am and 6.30 pm. Sunday: 11 am and 5.30 pm Pilgrims, you cannot leave your bag inside the abbey. From May to the end of September, the Pilgrims' House is located at 70m. Lockers are also available outside the cloister, on the Durand de Bredons square (ask for the keys at the cloister reception).